I've finally gotten a system for ripping LPs, so starting with today's album, you can look forward to uploads from my personal record collection! 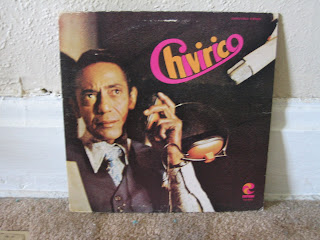 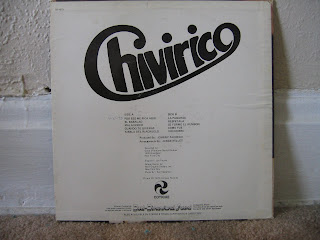 Click to see album details
For me, Chivirico Davila, or Rafael Davila Rosario, is part of a group of soneros representing a vital link between the mambo/bolero and salsa divide. When the old guard of mambo, cha cha cha, and the like began to go out of style, few were able to successfully cross into the new era of salsa and boogaloo and compete with the ever famous Fania sound. Offhand, there are three singers I can come up with who were not only able to cross that bridge, but do so successfully, all the while enriching the new sound of salsa with subtle throwbacks to its predecessors: Santos Colon, Vitin Aviles, and the artist whose album I am proud to present today.

A native of Santurce, Puerto Rico, Chivirico was a hit in pre-70s Latin music, respected highly as a bolero antillano. Some of his earliest work finds him heading up the orchestra of Perez Prado. Here he would begin to develop his acclaimed improvisational skills. Later, he would w 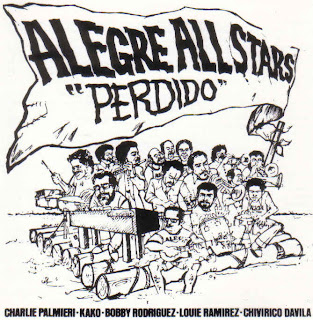 ork with Cortijo y Su Bonche (an earlier incarnation of Cortijo's band before it became Cortijo y Su Combo), Kako, Joe Cuba, Pete Rodriguez, the famous Richie Ray/Bobby Cruz duo, Tito Puente, and Johnny Pacheco, who produced today's featured album. He would also become an esteemed member of a bevy of "all-star" groups: the Fania All-Stars, the Alegre All-Stars, and, in the 90s, the Puerto Rican All-Stars. From '71-'78, Chivirico signed with the Cotique label issuing a number of excellent, though relatively unknown, albums, including the simply titled Chivirico. With Cotique, Chivirico was not only able to ride the wave of salsa, but to contribute to it as well.

On Chivirico, however, his talents as an old bolero have far from vanished, and the arrangements of Jorge Millet skillfully allow older and newer sounds to coexist. The album generally follows the format of salsa-bolero-salsa-bolero, or salsa songs with ballads in between. While this somewhat halts the pace of the album, the salsa songs still retain an older Cortijo or Ismael Rivera feel, while the ballads sound surprisingly updated. The end result is an excellent work straddling a turbulent line of Latin music that was still in the process of being refined when this album was made. Respetala, a song advising respect for women, and the lament of Como Fue are two of the harder-hitting boleros. For great salsa, check out the opener, which I play often on my Latin Show, and Cuando Tu Quieras. Sin Dinero is a solid boogaloo tune, and you can't forget the rhumba on Se Formo El Rumbon.

In 1993, Chivirico would tour Colombia, despite by this time being 69 years old. Only a year later, he passed away in NYC. Born in Puerto Rico; died in NYC: nothing summarizes the story of Puerto-Rican Latin music better.

Hey, I've been pretty busy with work this week and haven't had enough time to surf my favorite blogs, but I just wanted to say that I'm lovin' what you're postin' and I hope you keep the hits comin'.

You know this was just reissued on Fania, right?

no, i didn't. emusica got the rights to cotique as well? it's getting increasingly difficult to find things that haven't been reissued, but i guess that's more of a good thing than bad.