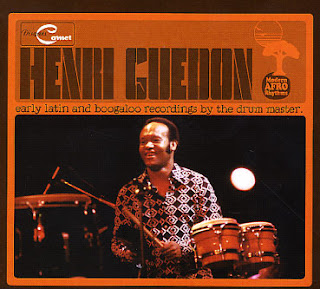 I had never heard of Henri Guedon until the fine folks over at Comet put together this excellent retrospective of his work from the 60s. A French bongo player, Guedon was instrumental in exporting the new sound of 60s and 70s Latin--guaguanco, boogaloo, salsa, descarga--to France and the rest of Europe. When Guedon began placing his percussion instruments at the front of the stage in the style of his great influence Ray Barretto, French audience members found themselves shocked and intrigued. Soon enough, greats like El Conde and Pacheco were touring France, and Guedon was dubbed The French Salsa King. Were it not for Henri Guedon, Europe could have conceivably taken years to move forward from mambo and cha-cha-cha.

Aside from his novelty status as an exporter of Latin music across the Atlantic, Guedon is an innovator in his own right. He referred to himself as "The Rootless Negro," a metaphor for his willingness to embrace black diversity in his music. Indeed, listening to Early Latin and Boogaloo invokes African-based influences encompassing a number of different contexts, from the drum work (and at times even the Afrobeat) of the African mainland, to the jazz and salsa of Americas, to the culturally-rich creole influences born in a Spanish-French hybrid. The fact that he was born in the Caribbean in the city of Martinique and would spend much of his career in Paris and New York does not simply coincide with the character of his music: it determines it.

Guedon was also a talented painter, his inspiration coming from the same source that fueled his music. 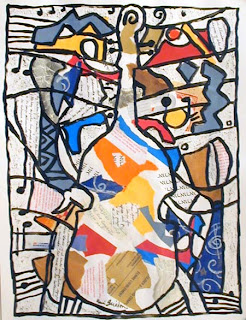 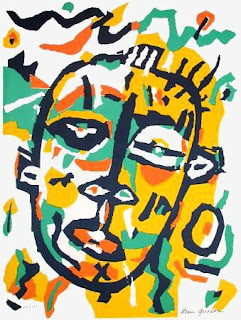 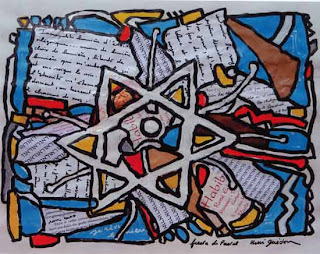 That's not, however, to muddle an incredible collection of Latin dance music with cultural analysis. Make no mistake: Early Latin and Boogaloo is a fantastic look into a fantastic artist's music. The album begins with some of Henri's more conventional songs, solid boogaloos, and his more mainstream hits (Faut Pas Pousser was a hit in France). For me, the real meat of this compilation and Guedon's style begins with Los Antillanos de Paris, beginning a focus on Guedon's descargas and extended jams. Vulcano is a funky, stop-on-a-dime scorcher that is in some ways more Afrobeat than Afro-Cuban; the bass-driven Machapia is perhaps the most overt example of Guedon's African influences, showcasing African drumming; Sainte-Marie, one of my favorites, bring out the funky bass for an extended jam with a hot sax solo. A few other "notables among notables" include Concierto de Mi Bongo, Marcel Song (bring on the flute), Negro Lucumi, and the slowed-down but still solid closer, Descaguajira. Pointing out favorites on a compilation like this, though, is ultimately pointless. Every song on here demands your full attention, and perhaps most importantly, your hip shakin'. Enjoy.

Get it here
or here
Posted by Julian Drago at 4:16 PM

another excellent post many thx :)
btw have linked you ...ok

Do you have more information or research on Guedon as a visual artist?
many thanks ! nadia

Having heard just a little bit of Henri Guédon's music I found him to be quite impressive. But the thing that impressed me the most about him is that he recorded a bomba! Musicians outside of Puerto Rico or who aren't of Puerto Rican heritage don't seem to touch the bomba rhythms. There are even plenty of great Latin musicians (of Puerto Rican descent) who haven't played not one bomba, which to me is one of the pure Puerto Rican (and purely Afro-Puerto Rican) genres.

Coming from Adelaide, Australia, home to the Antipodean version of Womad and a great Festival of Arts, I've seen a lot of Afro-Cuban music in my time, including a sensational set by Arturo Sandoval. I've just come across M. Guedon here - http://8tracks.com/scll/001- and it's brilliant. More power to you for keeping this guy's music alive.