Seth Watter, who runs an incredible freeform music blog over at Meshes of the Afternoon, recently asked if I had any plans to post some Larry Harlow, and well....who am I to disappoint?

Released not long after his famous tribute to idol Arsenio Rodriguez, pianist Harlow's Salsa was released at a time that proved critical in establishing the Fania Records reputation. Some of my favorite Harlow tunes are on here: from the jovial lament over losing one's wallet on La Cartera, to the more serious lament of No Hay Amigo, tackling the betrayal of friendship. In fact, Harlow's nickname, El Judio Maravilloso (The Marvelous Jew), originated on La Cartera as a bandmember introduces a smokin' Harlow solo, shouting "Ya viene, Larry Harlow: El Judio Maravilloso!" On Wampo, smooth horn-lines recall a ballad in the early morning bar, only to send you home with a descarga hangover on the album closer, Silencio. On top of adding to the Fania sound, Salsa took part in a brief charanga revival before the music would virtually die in the United States. Adalberto Santiago and Junior Gonzalez (who I'll be posting in the future) share vocal duties, and Johnny Pacheco contributes some excellent flute work. 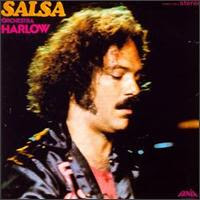 Get it here
or here
Posted by Julian Drago at 5:57 PM

Grabbing it know , many thanks
I'll definetley visit again :)

thanks a lot reza!

i took a look at your blog and you post some great stuff! i went for that booker ervin reaaalll quick.

care to add me as a link? i've already added you of course.

Love the blog so far. Keep up the good work!

One of my all-time favs! Thank you.

Every tune has something special, impressing!

Hi! Very excited to find your blog, and would like to subscribe to a feed. Is this possible? Otherwise, I just know I'll lose you... I'm a huge fan of our Sunday afternoon show on KCSM 91.1 in the Bay Area (San Francisco), hosted by Chuey Varela, who just played "El Judeo," Larry Harlow, who's playing here at our very own Yoshi's next weekend, by the way... So great, this blog! Thank you! This music is pure treasure.

Oh, forget to check the box that said you can email me, if you wish. -Christy

Great blog. "No Hay Amigo" is a glitch on it at around 43 seconds - the music jumps, otherwise marring a perfect song! :(

Hello well this movie is really good but is kind of old cause it was made in 74 but still really good .
be care full cause the sun is too hot this days be awards of any skin cancer symptoms .