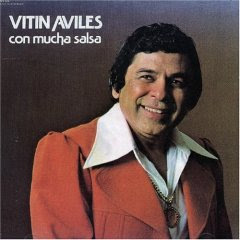 An underrated vocalist who passed away on January 1, 2004, Víctor Manuel Avilés Rojas led much of his life in relative obscurity despite his tenure with some of the greats of mambo, cha-cha-cha, and the like: Tito Puente, Xavier Cugat, Pupi Campo, Noro Morales, the Lecuona Cuban Boys, and many more. This may be due in part to the constant accusations that Vitin Aviles is merely a Tito Rodriguez clone, copying his technique of shortening notes and "reading" the lyrics as if they were prose. This accusation continues in spite of the fact that Max Salazar, senior writer of Latin Beat magazine, has unearthed recordings clearly demonstrating Vitin Aviles in full vocal form long before Tito Rodriguez's singing debut. It doesn't help that, when Aviles and Rodriguez later became good friends, Aviles would consider Rodriguez his teacher, despite the former being the latter's predecessor. Amidst all of this controversy, however, Aviles is more than conciliatory: "I learned diction with Tito Rodríguez. My voice is a little deeper, but the way I pronounce the words, I sound just like him. I feel very proud of the comparison because Tito Rodríguez was a superstar."

This dedication to fame would wear heavy on Aviles. When his parents bought their fir 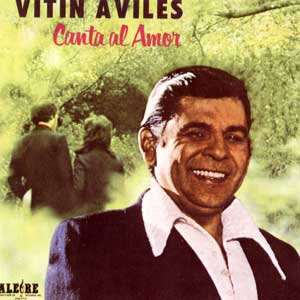 st radio in 1932, an eight-year-old Vitin exclaimed, “Caja extranjera con cable pegado a la pared. ¿Hay gente ahí adentro? Si la hay, yo voy a estar con ellos algún día." (A foreign box with a cable going to the wall. Are there people in there? If there are, I'm going to be with them one day.) By the 50s and 60s, he certainly was, but never as recognized as many (including myself) believe he should have been. What is particularly troubling is the waning of his popularity after 1975, despite scoring one of his biggest records that same year on the Alegre label, Canta al Amor.

This may have been due to his perception as a vocalist of the old guard, but then 1978's Con Mucha Salsa, featured here today, seems even more of a mystery. The album, produced by Louie Ramirez, sports a jaw-dropping line-up: Luiz Ortiz and Ray Maldonado on trumpet; Charlie Palmieri on piano; Nicky Marrero on bongos and Johnny Rodriguez on congas; and Adalberto Santiago sharing choro with Miguel Barcasnegras. Clearly, Vitin Aviles can pull off salsa just as well as he can mambo. Why this album was overlooked and did little to curb Aviles's declining popularity is beyond my understanding.

Charlie Palmieri's piano lines kick off the album with Sufre, featuring an unforgettable hook and a performance by the deep-voiced Aviles that makes you wonder why he wasn't a staple on the Fania catalog. Pay attention to the hot breakdown at about 2:40, perfectly summarizing the Nuyorican sound. The commanding Levanta y Anda features some raucous horn lines and a dynamic rhythm that writhes and squirms beneath Aviles's crooning. Dale Cara a Tu Dolor sounds like it was arranged by Willie Colon himself, and it's not a huge leap to picture Ruben Blades sharing the vocal duties. The trumpets on Compay Salsa throw back to Vitin Aviles's earlier tenure with Puente, Cugat, etc., and is sure to get any dance floor moving.

Here's to recognizing him where many others could not. Enjoy. 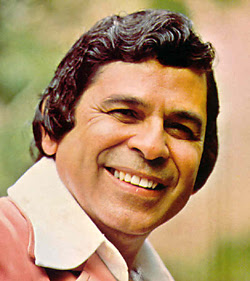 Get it here
or here
Posted by Julian Drago at 12:10 PM

Thanks for this, your blog sounds really promising...this is SUPER GREAT salsa!

Unfortunately file has expired from divxshare. Is it possible to upload it again? Thanks!